Why does a Startup need Cloud Telephony? 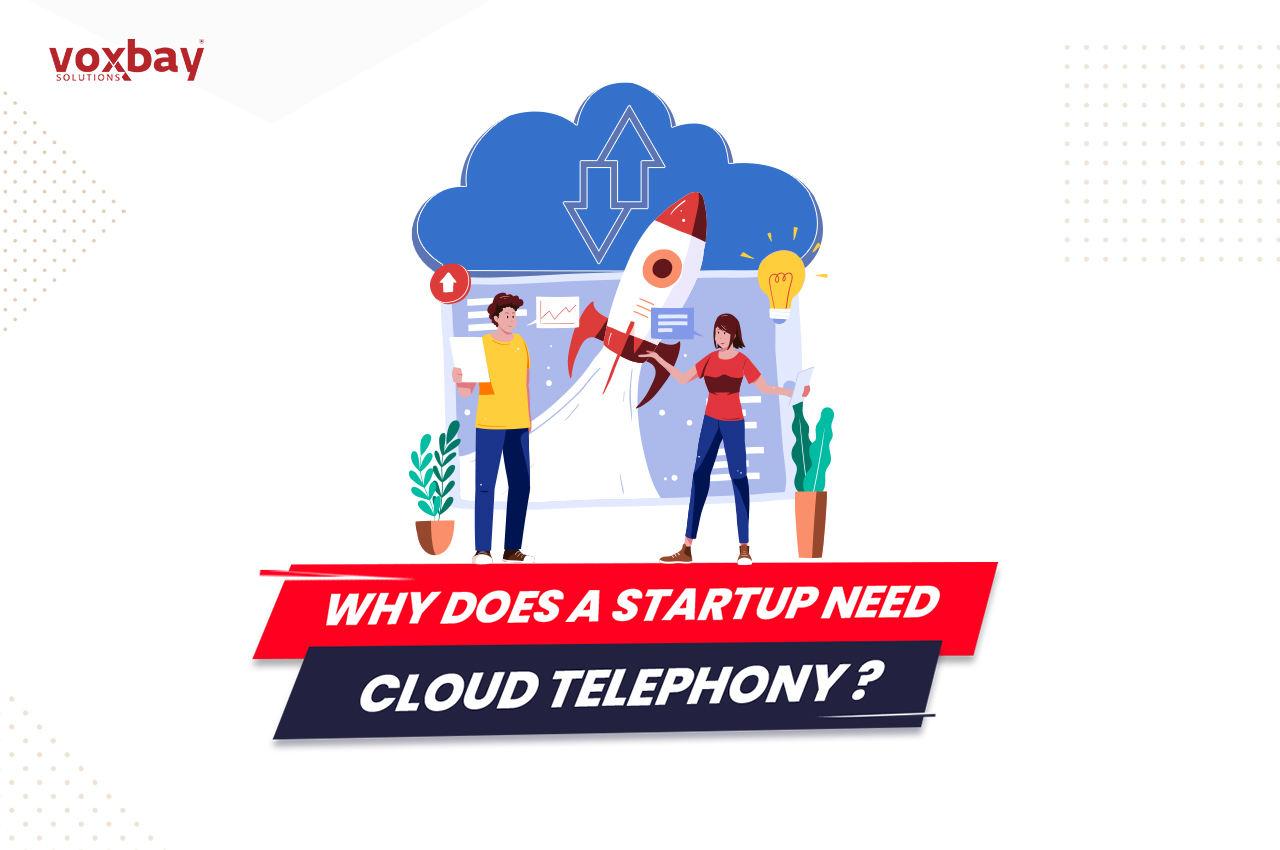 Feeling the pulse of an industry is the key essence to the success of a company as is keeping customers satisfied. Every business needs to be in touch with its customers in order to succeed. Technology can help startups succeed not only by allowing them to serve customers in innovative ways but also by helping them by answering queries effectively and in a timely manner. A cloud telephony system allows startups to serve their customers well because it is a technology that uses virtual or cloud-hosted numbers and does not demand additional infrastructure. The ease of installing a cloud telephony system allows a startup to receive quick feedback from customers and gauge the pulse of their industry.

Let’s have a look at the other advantages of a cloud telephony system?

Cloud Telephony simply means, saying a goodbye to traditional PBX/EPABX infrastructure and replacing it with modern services. Often, a traditional phone system can be hugely inconvenient if and when a start-up decides to relocate to a different office or if such a system fails and demands the operators help to become functional again. Not only does cloud telephony not demand the installation of additional infrastructure, but also if any maintenance or troubleshooting issues that it faces can be solved extremely rapidly. This ensures that startups face near zero downtime in interacting with customers and in resolving their queries.

Start-ups that use cloud telephony can receive multiple calls in parallel as well as analyze and record such calls to better monitor the performance of the customer support team.  Cloud telephony also allows startups to efficiently route calls and track the time taken for each call. Those who receive calls can also be better coached to answer queries, and competent agents can be promoted.  Suitable action can be also taken against poorly performing customer support agents. Analysis of customer’s calls using cloud telephony makes such actions possible at ease.

Many customers today associate a phone number with a certain business or company. This can result in unscrupulous individuals using a number that customers are familiar with and impersonate a trusted company by making fictitious calls. However, cloud telephony enables a startup to mask its number and prevents individuals from emulating a fictitious call.

A startup needs to channel its efforts into its core business. Hence, allocating valuable financial resources and employees to help interact with customers can be distracting. Cloud telephony will not only help serve customers better but will do so at a fraction of the cost you might need to pay for a more traditional medium.

An advantage of the single virtual number created by cloud telephony is that it allows multiple offices separated by large distances to remain connected. Often, such a number can become associated with the startup’s brand and in turn, perform a role in brand building. Additionally, cloud telephony also allows a startup to create a unified communications strategy that has now evolved beyond a simple telephone number and website, encapsulating social media, chatbots and CRM systems. Cloud telephony complements other communication channels by seamlessly connecting a business across the globe and allowing the creation of a broader communication narrative to the world.

What is Voice Broadcasting?

Voice broadcasting is a mass communication technique, begun in the 1990s, that broadcasts telephone messages to hundreds or thousands of call recipients at once. This technology has both commercial and community applications. Voice broadcast users can contact targets almost immediately.